Even more scarcities (one of them (maybe) even self-found!) 18th November

I woke up early in preparation to leave for Loe Pool but accidentally fell asleep again.  Thankfully I woke up an hour later, still relatively early although it was beginning to get light.  The long bike ride was certainly worth it in the end, as was wading through the muddy footpath as the first bird I raised my bins to on the Pool was a 1st-win. drake RING-NECKED DUCK Athya collaris!  Having connected with the target bird for the day within seconds of arrival I now had the rest of the day free for some casual birding (I love it when twitches are that easy).  I hung around for a while watching it, digiscoped it, took field sketches and notes before moving on.  The second bird of note for the day was a very close flypast Water Rail Rallus aquaticus which past only a few meters away as I was watching the american. 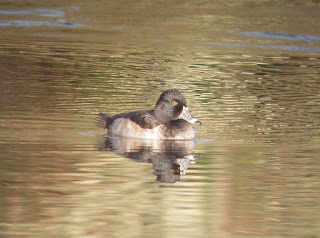 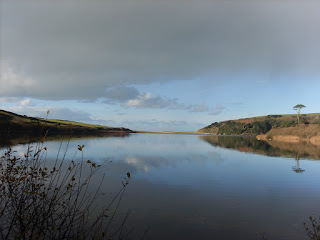 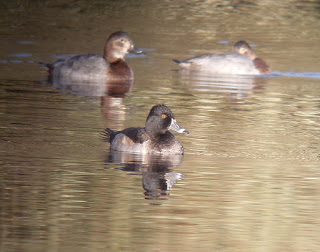 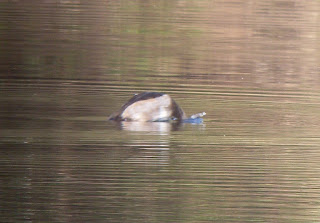 just a glimpse of the underside 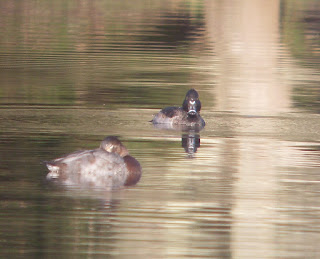 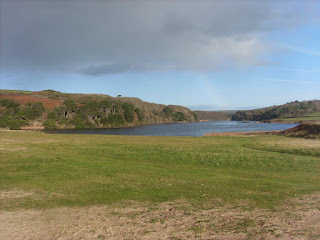 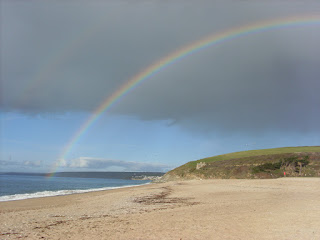 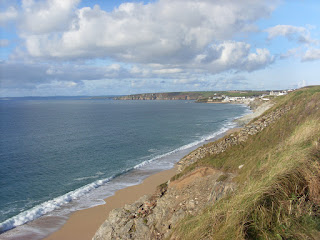 some moree stunnin coastline, all on the doorstep

Next stop was Porthleven Sands.  By now the sun had come out, the temperature was rising and the day could only get better and indeed it did, although it took a bit of work!  From the beach, I watched a few Kittiwake Rissa tridactyla fly past, 1 prob. Great Northern Diver also went SE but once again I was unprepared with only bins quickly at hand (unfortunately this is a repeating occurrence as it seems this is the 12th flypast diver sp. I have had this year that I have been unsuccessful in IDing!).  Anyway, other species of note included 1 Mediterranean Gull Larus melanocephalus, 2 Raven Corvus corax and plenty of Stonechats Saxicola rubicola from the coastal path (along with considerably more Meadow Pipits Anthus pratensis.  To top the day of, after checking on the Ring-necked Duck again, I was wandering back through the grass field east of Carminowe Creek bordering a line of trees overhanging a small stream (which feeds into the creek).  I heard two "hweet" notes, spun around and had already come to a conclusion as to what it was, I had drilled the notes deep into my head using the xeno-canto website in the past week and now the preparation was paying of!  After about five minutes wandering up and down the line of trees I finally came across what I was expecting  another YELLOW-BROWED WARBLER Phylloscopus inornatus!  Once again I was utterly stunned with my success to first ID the bird by call!  I'm getting better at this Yellow-browed game!

Finally, whilst bent over unlocking my bike I felt the wind pick up, oblivious to what was happening, I looked up to realised the cause for the fresh breeze was infact due to large swathes of Stralings Sturnus vulgaris flying low over my head towards the Marazion Marsh roost site, a brilliant way to end the day with one of natures miracles.

(Just got an e-mail from Dave Parker from the CBWPS saying that someone else also found the Yellow-browed Warbler at Loe Pool (most likely before I got it) so unfortunately I might not be able to count it as a self-found, shame)
Posted by Samuel Perfect at 12:17 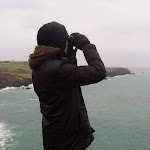